Cozumel has three piers, all of which are found on the built-up western side of the island.

The growing Royal Village Shopping Center sits right across the street from the International Pier. The complex features a cozy Wi-Fi cafe, Cafe Punta del Cielo, which sells coffees, sodas and delicious pastries. The mall also is home to popular stores like Harley-Davidson, Claire’s, Swarovski and Lacoste. Adjacent to the Punta Langosta pier is one of Cozumel’s best jewelry stores: Rachat & Romero at Avenida Melgar 101. An especially fun store to browse for Mexican handicrafts is Viva Mexico at the intersection of Avenida Melegar and Adolfo Rosado.

By Taxi: Taxis line up at the entrances to the piers and cost about $5 per ride. Rates to the beaches can cost $10 to $15; to avoid being ripped off, be sure to settle on a fare before departing. Word to the wise: Some drivers aim to overcharge for longer trips, so bargain carefully. Also, if you give the walk a try and decide midway that you’ve made a mistake, it is easy to grab a cab. Just wave when the driver toots his horn. Settle on a fare before he takes his foot off the brake.

Renting a Car: Some passengers who don’t take one of the shore excursions and want to travel on their own might want to rent a Jeep or four-wheel-drive vehicle. Beware of additional charges for insurance and gas. Hertz (three locations: 800-654-3131) and Avis (six locations: 011-52-987-872-1923) are among those with offices at the piers.

By Moped: This is a popular and inexpensive way for one or two people to get around Cozumel, although many cruise ships warn against doing so because of the dangers of an accident while navigating among reckless drivers. Hidden stop signs and stretches of severely potholed roads also present hazards.

By Fun Car or Scoot Car: These automatic-transmission buggies, resembling souped-up golf carts, are another possible option. They’re able to reach speeds of 45 mph, and you can find the rental booth on the ground floor of the Punta Langosta shopping arcade

Souvenir: Mexican arts and crafts like hammocks, jade jewelry, ponchos, carvings and leather goods, make great souvenirs. Tequila is also a popular take-home item; though the prices might not be the lowest on the island, the selection of premium tequilas at the Los Cinco Soles store in San Miguel is impressive. Note: Remember this about the sale of black coral, which is an endangered species: Though there are dealers wielding government-issued permits to sell the stuff, coral jewelry is listed on the U.S. Department of State’s list of “wildlife and wildlife products” to avoid. Buyers risk confiscation and fines.

San Miguel, Cozumel’s one and only “big” city (some refer to it as a large town), owes its economic well-being to the growth of the cruise industry, which has transformed this once-sleepy fishing village into a tourist outpost, crammed with stores selling every imaginable souvenir. While many restaurants offer Mexican fare, others favor American tastes, with several U.S. fast-food chains represented, along with such notable names as the Hard Rock Cafe. Most shops stay open until 5:30 or 6 p.m. — or whenever the last cruise ship departs.

San Miguel revolves around its two landmarks: the “zocalo” (town square), known as Plaza del Sol, and the downtown pier. Easily the most distinctive and fabulous store on Cozumel is Los Cinco Soles (we’ve easily lost a whole day there), which sells gorgeous Mexican crafts (plenty of the unusual along with more common items), silver jewelry and fashions. There’s a tequila bar, and the shop wraps around the wonderful Pancho’s Backyard restaurant. Also of interest to shoppers: Adjacent to the Plaza del Sol is the modern Villa Mar Complex, an air-conditioned mall with several notable silver shops. (Be sure to look for the 925 stamp, indicating quality silver.) Among the best buys in the mall are hand-woven hammocks, shell and black coral jewelry, and local handicrafts. You’ll also find many duty-free items, such as perfumes and watches.

Scuba diving and snorkeling are the top priority for many visitors. Along with Grand Cayman, Roatan and Belize, Cozumel offers the best diving and snorkeling sites in the Caribbean. In some areas, visibility reaches 250 feet, and prime sites for “divehards” include Palancar Reef (part of the nearly 700-mile-long Mesoamerican Barrier Reef, the second-longest reef system in the world, behind Australia’s Great Barrier Reef), Chankanaab Caves and La Ceiba Reef. At La Ceiba, the underwater universe contains a sunken airplane that came to rest after being blown up for a Mexican disaster movie. A word to the wise: Keep an eye out for dive operators who post C.A.D.O. stickers in their windows; these are considered the island’s most reputable dive establishments. Operators are located up and down the main road along the waterfront, between the International Pier and San Miguel.

Snorkelers can find outfitters in this area, too, or simply drop into any of the multiple beachside bars and restaurants for a beer, tortilla chips and a day of exploring the reef right off shore. We enjoyed refreshing stops for a snorkel (and beers) at restaurants Tikila and Tio Jose during our walk back and forth between the International Pier and San Miguel. Both are located on the coastal road, and the beach is the “ironshore” kind, typically best for snorkeling, but water shoes are recommended for tender feet.

Glass-bottom boat tours provide a glimpse of the reefs for those who might prefer to stay dry in the comfort of a boat; some of these tours also stop occasionally for snorkeling breaks.

The Museum of the Island of Cozumel, located three blocks from the San Miguel ferry dock, is one of few options for culture vultures. It features interesting exhibits on underwater life and the reef ecosystem, as well as displays on Mayan and colonial life.

San Gervasio, the best of several small Mayan ruins sites on Cozumel, is located approximately seven miles from San Miguel. During its heyday, San Gervasio served as a ceremonial center dedicated to the fertility goddess Ixchel. The oldest site is El Cedral, about three miles from San Miguel, though little remains there except a Mayan arch and a few small ruins.

Although Cozumel is Mexico’s largest Caribbean island (and its most populated), it wasn’t until the 1960’s that this once-sleepy fishing village became a tourist attraction in its own right, following a documentary in which Jacques Cousteau declared it one of the most beautiful areas in the world for scuba diving. These days, Cozumel is a major cruise port that welcomes more than one million cruise passengers each year and as many as eight ships per day. But even with all this progress, Cozumel has held onto its non-touristy side; only one-third of the island has been developed, leaving large stretches of pristine jungle and sandy beaches basically untouched.

Yes, it’s true: There’s much more to Cozumel than duty-free shopping. (That being said, Cozumel offers darn good deals on jewelry, Mexican handicrafts, T-shirts and other souvenirs, mostly in the main town of San Miguel.) This small island, measuring just 28 miles long and 10 miles wide, lies off the coast of the country’s Yucatan peninsula and offers incredibly diverse options for water sports-lovers, partly because of its proximity to spectacular coral reefs. Along with snorkeling, beach bumming and boating, scuba diving is one of the biggest draws to this sunny destination.

Cozumel owns a rich history. In fact, the island derives its name from the Mayan civilization that settled there approximately 2,000 years ago. According to Mayan legend, Cozumel was the home of Ixchel, the goddess of love and fertility. It’s said that when religious temples were dedicated to her, she sent her favorite bird — the swallow — as a sign of her gratitude. For this reason, the people called the island “Cuzamil” — Mayan for “Land of the Swallows.” Several important Mayan sites, such as San Gervasio and El Cedral, populate the island. Even better preserved ones are on the accessible mainland; Chichen Itza and Tulum are hot spots for daytrips and shore excursions.

Food is Cozumel is rich with cultural traditions and fresh ingredients. You’ll find plenty of pork, chicken and seafood offerings and dishes that draw heavily on Mayan culture in the Yucatan region. (That means plenty of corn tortillas, beans and rich sauces.) 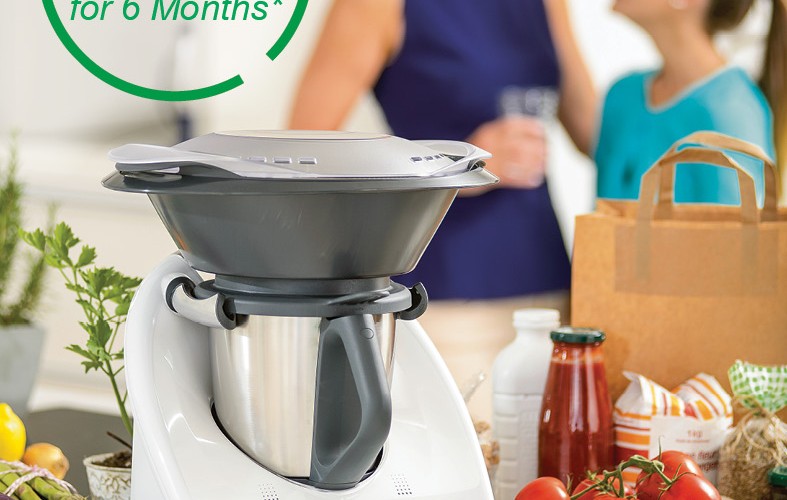 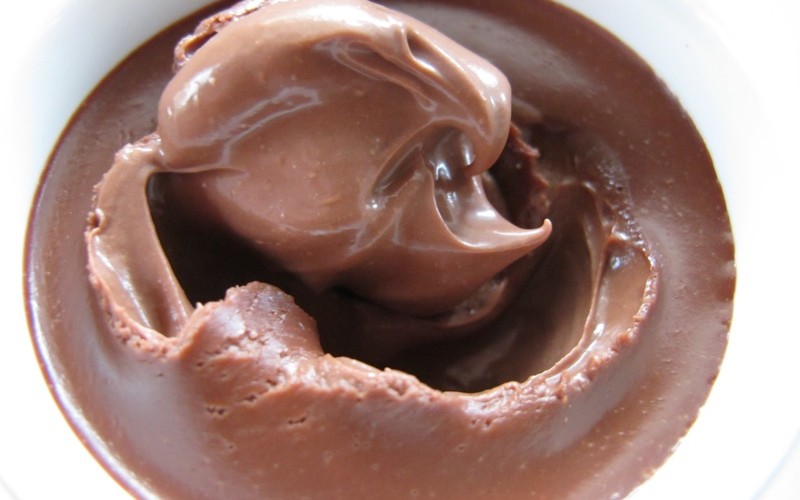 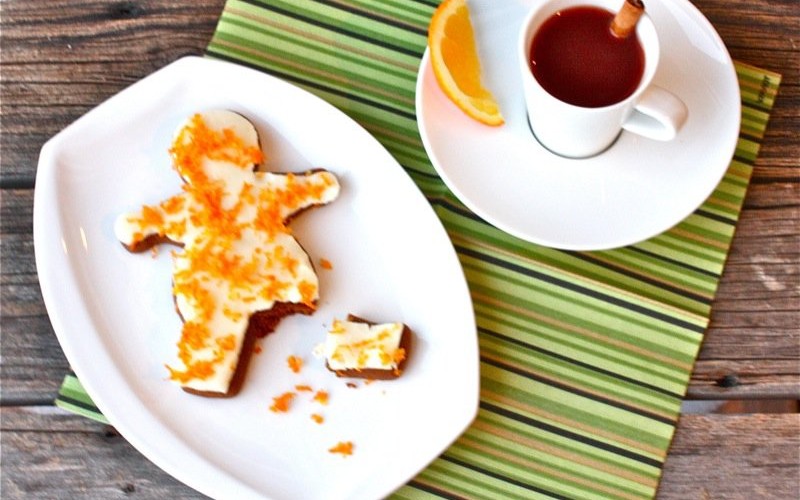