In Search of One’s Roots

Petar is a Lugonja, and the Lugonja’s came northwest over the worn mountains from Hercegovina and settled in the foothills of a massive plateau known as Kupresko Polje (Kupres Flats), Bosna, generations ago. This part of Bosnia looks very similar to the land so common to Hercegovina as it is rocky land in the south of Bosna good mainly for grazing animals. The rocks grow up out of the land everywhere as if a meteor exploded just before it landed on this part of the Earth. The land is almost impossible to clear,Â  so most raised animals that would graze on the grasses that grew between the rocks, but the Slavs managed to clear some land from place to place. The hot climate provides a long growing season which enables a variety of produce to thrive in the most unexpected surroundings.

We are on the far side of the plateau driving toward his old home in the foothills. Can you see the tiny orange dot just right of the middle? That is the house of the cousin of Petar’s we found and had our tour and coffee with. Just to the left and above that, there is a tiny yellow dot identifying what is left of Petar’s house above the dark cluster of three trees.
Petar was born in 1935 and was the oldest boy of five children: three brothers, and one half-sister. HIs father died of a severe beating complicated by pneumonia when Petar was only 9. As they were settled within a community of Lugonja’s, all pulled together to help his mother raise her children, but all had to do their share. Even the smallest child had important chores as soon as they were able. It was a hard life, but one that was full of love. He was a shepherd of their animals from the time he could walk and in charge of them by 7. They didn’t have many animals, so he would care for other family’s animals for some kind of trade. It is a long, and unpaved road when travelling back into one’s past. But, so satisfying.
Who would live here, really? What kind of people, in today’s world? This was a really isolated spot.

We met Radomir Lugonja. Petar remembered shepherding the cattle with his older brother, Sekula, now deceased, from five to sevenÂ  years old.Â  He offered to take us across the field to Petar’s family home. We all walked together up the rocky path and I listened to them reminisce in a language I do not speak, yet I understood everything in that moment.
Who would live here? Radomir: aÂ graduate in his Masters of Economics from University. A man who chased some rebel soldiers away with his gun one night from rounding up the Muslims in the area about 15 years ago, to slaughter. A man who has returned to his roots, and receives a great deal of satisfaction from living off this land as much as he is able. Petar spotted his family water well. He recalled slipping down this well when he was about seven or eight. He was so lucky that someone nearby heard his yells that day. It is still a wet and deep well. Petar is leaning over it with his cousin recounting his past. And then the remains of his home. A very small two room home with a dirt floor in the main room, and a raised wooden floor in the sleeping area. They were all the same. It was a profound experience for all. The air. The silence. The history. The centuries of laughter, love, and hardship where these crumbling rocks now stood holding this place from the past. There was magic in the isolation. A coming back to oneself through the understanding of “œwho lived here” and by just being in the spot, alone. We are never alone in our other world. This space is a rare and sacred space that provides an opportunity to commune with the land and the spirit of nature as one part of the whole. I felt edified.
Radomir’s wife would not let us leave without the hospitality that is so evident in the hearts of all from this land. She had her perfect white hand crocheted cloth on the table. She had made the strawberry juice from scratch with the strawberries grown in her garden. She served the juice with the fresh fruit and the Turkish coffee on that white cloth beside her beautiful flower garden in the middle of nowhere, and I was in heaven. What an experience. Sipping icy cold strawberry scented water on a hot summer day in a distant land far from my own, yet a land that is at the very heart of my husband’s family. Miracles do happen. This was a very, very special moment. Can you feel the peaceful, quiet breeze? Can you hear roots growing under our feet? Vanja was in heaven. The only time he had been here before he was about 13. That was also the last time his father had been back to his homeland. This was the best gift Vanja could have given his father, and he had wanted to do this for quite some time. I don’t think he expected it to have the impact it had upon his own being. He could feel the pull of the land and reconnected to the place where the stories lived that were inside of him. I felt so blessed to be a part of this day. It was a tour back through time as we stepped over the rocks and climbed the craggy hill past the ruins of a fullness of time to his father’s house. Then, sitting here, in the future and the present, understanding the power of time and the power of choice all at once in a simple moment while biting into a perfect, fleshy strawberry: the sweetest on Earth. World War II happened and one day they saw a dark plague moving across the far side of their plateau, and knew it was the German Army. They had time to quickly pack up what they needed to survive a couple of days, and ran back through to the other side of the mountains, leaving their homes to return to them ransacked and empty. This happened more than once through the war. Then, as their food was gone, his mother decided she had to take the two youngest boys across the field and further west where there was food and safety. She traveled with these two babies close to 150 kilometres on foot. She stayed with them for quite some time, and Petar was left behind to tend the remaining family and their animals on his own. Though he was just a child, this was not unusual during this time of war, or evenÂ in our present dayÂ during war time.
One of his uncles took his brother and sister to care for them during this time, and sent Petar to live with another family from a nearby village to look after their animals in exchange for food and shelter. This family did not endear Petar to them. They abused him emotionally through complete neglect and disinterest, and fed him only cooked boiled oats with water once a day after his return from his long day in the fields shepherding the animals. He was starving. He was desperate. He became angrier and angrier. One day, quite unexpectedly, he found a war airplane that crashed with live ammunition on it. He unscrewed the bullets between two rocks and put the powder in his little pouch. That he would know to do this tells you a lot about his life. This is not one of those “œwhen I was young I had to walk uphill to school both ways” stories. This is real. He gingerly carried it home, and that evening when everyone was getting ready for the meal, quietly poured the powder in the pot with the water and the oats boiling over the fire, and moved to the exit door. When the powder burst into flame, he ran outside just above the house. The family followed in a panic and ran after him wondering what happened. He told them that it was him, and he added, “œIf I ever come home again after 12 hours in the field shepherding your animals to this gruel, your whole house will catch on fire!” This spunky and desperate little boy had nothing to lose. His life was miserable, and lonely. After that, it did get better, and they began to treat him with respect and feed him well. He learned at a very young age how to take care of himself, and what would make others listen. This is just one small episode in Petar’s life as it is filled with similar stories.
His mother eventually returned when she felt it was safer with only one brother as the other had become very ill, and she left him behind to recover. When she thought the second child was better, she returned to bring him home. Everytime walking the full distance on foot. She caught tuberculosis on the way back and gradually weakened to the point of needing to be taken by Petar’s uncle on horseback to the hospital in the town of Travnik about 50 kilometres away. Petar never saw her again. Apparently she died within seven days and was buried in an unmarked grave that has never been identified to this day.
Petar was 10. The war had just ended, and he was now sent to an Orphanage in Slovenia where he finished the early partÂ of his schooling and returned with one brother to Vojvodina where his uncle’s family had been relocated after the war with his little brothers. He finished his schooling, met Pava who had relocated there through a similar story, and worked to put himself through university where he received a degree in Economics for the University of Belgrade in 1961 and became a Financial Planner.
What a success story! They married in 1960 and will be celebrating their 50th wedding anniversary together next October 17th. We married on the same date to honour them, as they could not be with us.
Could you even imagine what is in the mind of this man at this moment? A paradise. An oasis in the middle of the rocky land. Home.

Finally, and once again, home.

« Zoka: The Story of a Little Bosnian Boy
Pura from the Kupres Area in Bosna » 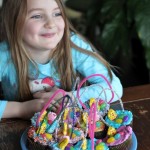 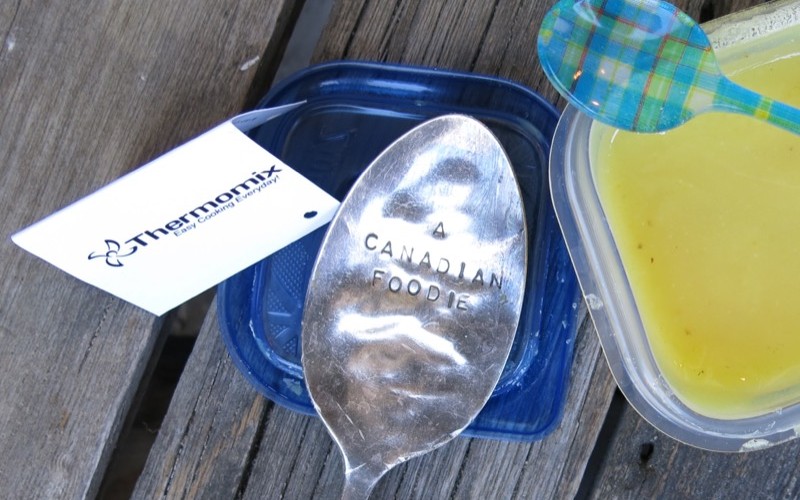 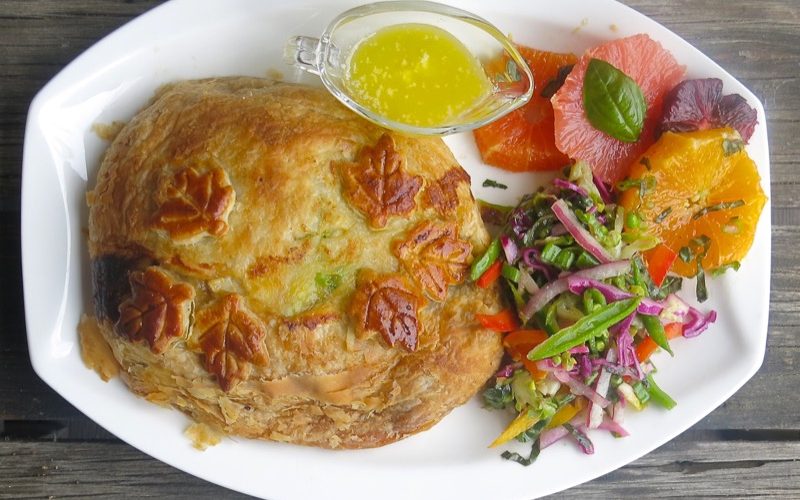