Corey and Katherine in Masi Mara 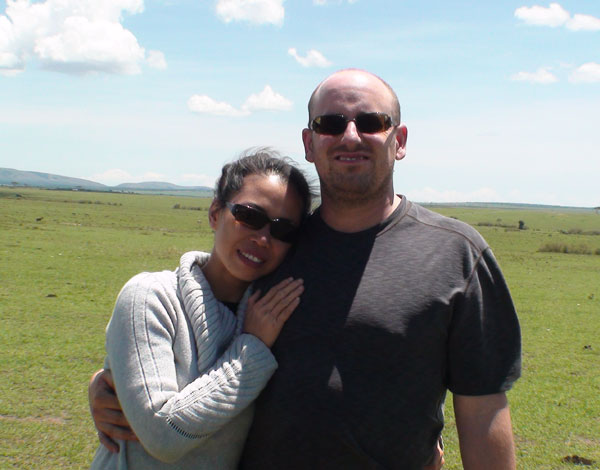 I had the pleasure of meeting Corey Stroeder and Katherine Ng on the Dairy Farm Field Trip earlier this year. They were telling me all about their upcoming Safari at that time. When I saw them again at Mary Bailey’s annual Christmas Potluck dinner, they had so many stories to tell. Lucky for us, they came to the Winter Solstice 2011 at our house, too, as fellow Edmonton Slow Food members and we were able to get to know them better. Fortunately, we will be having them over on the 18th of February to see all of their Safari pictures and to hear about their entire trip. But, for now, I have asked Corey to share with you their home stay in Kenya, with a focus on the food!

My wife Katherine and I were talking to Valerie about our adventure to Kenya in late October. Valerie was particularly interested in the home stay and requested that we do a guest blog to share our experiences with a focus on the food.

The home stay was the reason why we chose this particular safari:Â  “œCultural Kenya” by Gap Adventure. It was scheduled for Days 5 and 6 of our 13 day safari. We drove into the Lore village shortly after 2pm and were welcomed by ornately costumed performers singing and dancing. It was nothing like we had ever seen before!

These villagers were excited to have us there and we were excited to be there. The introductions were accompanied with smiles, hand shakes and even hugs. Not unlike other cultures, the Lore villagers involved food and drink as a social activity.

We were treated to common snacks of roasted groundnuts (aka. peanuts) and mendazi (similar to a Tim Horton cake donut timbit but denser and 3x the size). And drank a sweet black tea heavily diluted with milk. The servings were massive (the portion distortion was very distorted”¦) We’re unsure if they thought all foreigners had big appetites or if they were very generous, or both. Although we were considered family, we were treated like royalty: we were served first and our Kenyan hosts ate only after we were done eating”¦ 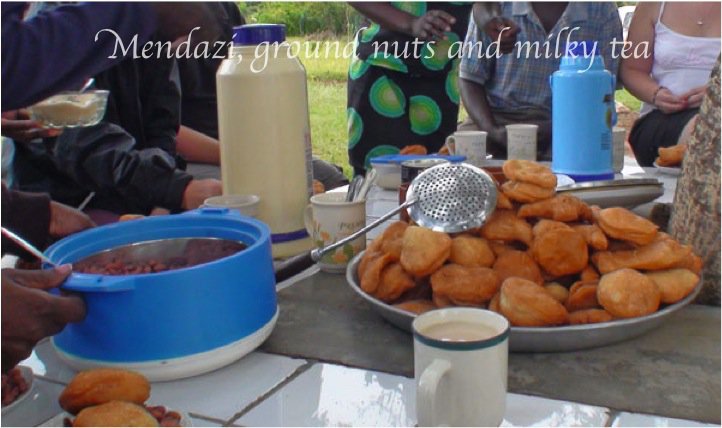 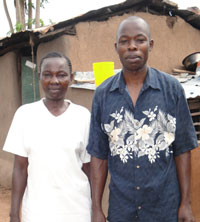 Katherine and I were very fortunate to have been matched with our home stay family. The matriarch was Mama Benta, a single mother of five kids. The eldest son, Victor, twenty one, spoke English fluently and was our primary contact. He lived on Mama’s land in his own house adjacent to the main family house. The main house consisted of a living room and a bedroom where Mama and her two youngest daughters, twelve and fourteen,Â  lived. The daughters left for school very early and we only saw them at supper time.

From the welcoming ceremony, Victor, Mama, Katherine and I had a long walk to Mama’s land. Despite all the free roaming animals (a dog, two cats, two kittens, several chickens, and many chicks), we were amazed at how tidy Mama kept her home. 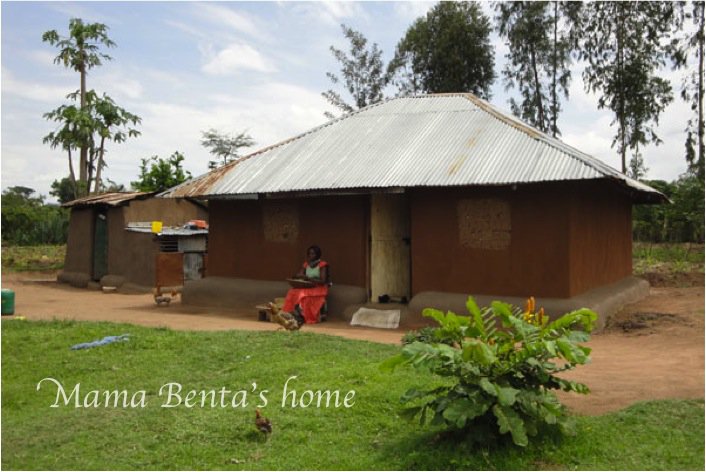 The sun started to set and Mama and her niece began cooking supper in a kitchen located outside in the back of the main house. 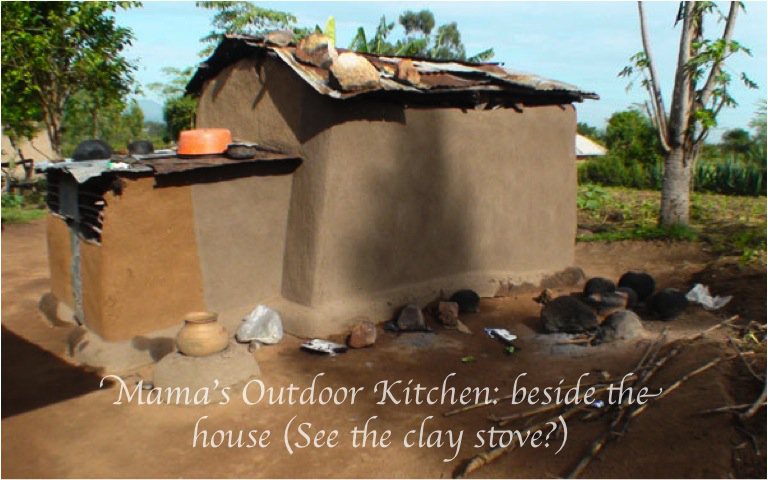 When Victor’s sisters came home from school, they helped prepare supper also. Impressively and surprisingly, they cooked for a solid two hours in almost complete darkness. All the hot food and the boiled water, had been heated over a single coal fire. 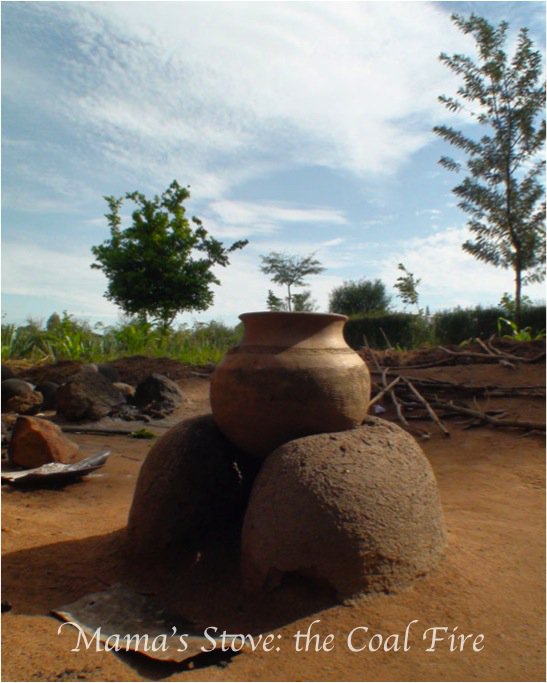 Despite Katherine and I offering to help, we were turned down.

Around 9pm, Katherine, Victor, Victor’s friend and I were sitting in the living room with only the light of a kerosene lamp. We knew supper was ready because Victor’s youngest sister stood before Katherine with a pitcher of warm water and a basin to prompt Katherine to rinse her hands. She poured the water over Katherine’s hands and held the basin under Katherine’s hands to carry the runoff water. All of our meals were prefaced with the same hand rinsing routine. Our home stay family had to acquire all water from the nearby river. 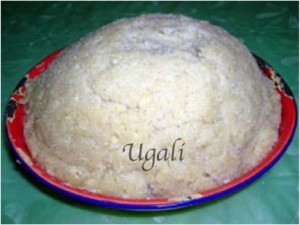 We watched Mama, the niece and other daughter cover the coffee table with a supper of ugali, stew, pineapple and watermelon. Ugali is a starch staple. This ugali was made by heating ground cornmeal and water in pot until it becomes a heavy solid mass. It was extremely dense and bland, but, absorbed the flavor of the sauce well. The stew consisted of a rich oily beef broth with chewy pieces of beef and soft cubes of potatoes. For our dessert, there were slices of fresh sweet pineapple and juicy watermelon. We drank the same milky tea that had been offered at our welcoming ceremony.

For all meals during the home stay, Victor insisted that food be taken off of the serving dishes using utensils. We suspected that this practice was unnatural to our hosts and only done for our benefit. Katherine and I were each given a fork and spoon for our meal; meanwhile, our Kenyan family ate with their hands.

We later learned that “The traditional method of eating ugali (and the most common in the rural areas) is to roll a lump into a ball with the right hand, and then dip it into a sauce or stew of vegetables and/or meat. Making a depression with the thumb allows the ugali to be used to scoop, and to wrap around pieces of meat to pick them up in the same way that flat bread is used in other cultures.”

Our hosts’ graciousness continued when the only bedroom, normally occupied by Mama and the daughters, was given up for the two of us. They slept on the concrete floor in the living room. It was becoming obvious that Kenyan hospitality is second to none.

The next day we woke to a beautiful sunny morning. Unfortunately, I suffered from grumblings of a common traveler’s ailment. We were met by Mama, her helpful niece, as well as a neighbour busily preparing breakfast. Katherine and I suspected that they had been up since sunrise.

Breakfast was ready at about 8:30am and we were joined by another neighbour whom was partially blind and elderly. Katherine enjoyed a breakfast of thinly sliced boiled cassava, from the garden. The cassava was firm and mild in flavor. Also offered was heavily buttered store bought whole wheat bread as well as the pineapple and watermelon slices leftover from supper. Instant coffee and that milky tea was provided. It’s interesting how instant coffee and sliced bread for breakfast transcends across the world. 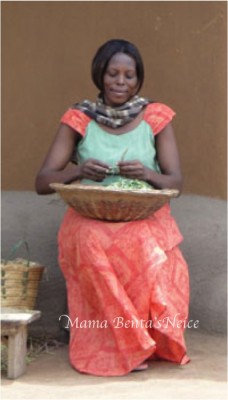 My intake consisted of Cipro, Imodium, charcoal and lots of our purified water. It was really hard for me to turn down food. especially knowing that the cooking was a long and arduous process. Although Mama was understanding, I could see the disappointment in her eyes as my denying her food was denying her care.

Victor took us for a tour in the morning around the village while Mama and her helpers prepared lunch and did other chores. Upon our return, around 2pm, lunch was ready. Again, we were joined by the elderly neighbour to feast. There was a chicken stew: one of their chickens that had been killed especially for us. None of that chicken was wasted: skin and meat on bones as well as organs were surrounded by a broth of chicken juices and heavy oil. The chicken was surprisingly tough. There was also finely chopped cabbage mixed with a bit of vinegar which provided a nice contrast of refreshing crunchiness. The buttered bread from breakfast was re-served.

In the afternoon, we visited a local elementary/junior high that Victor had attended. This school had 300 students and nine teachers. It was a lot of fun watching the students sing and dance for our group. Mingling with the students was overwhelming! We got mobbed by kids wanting their photos taken! 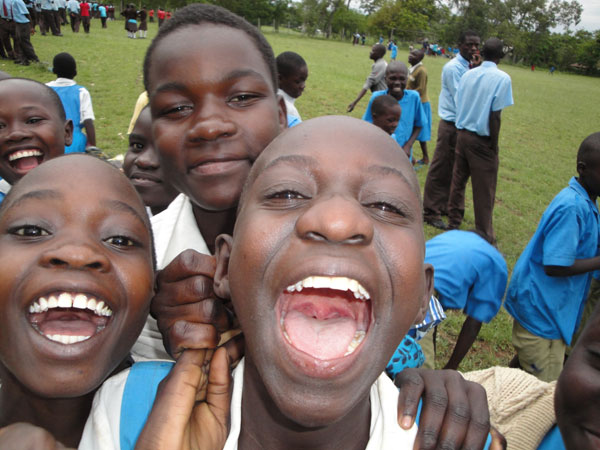 On our last night of the home stay, we were visited by Victor’s friend from the night before as well as three other friends of Victor’s. The lovely women with whom we shared company at breakfast and lunch were also there for supper. Accordingly, there was more food and understandably supper was served relatively late (around 9:45pm). We dined on chapatis which is a tasty, lightly pan fried flat bread, another chicken stew (another chicken had been killed), boiled brown beans and a dark ugali (this one had been made from millet). Milky tea was offered.

The next morning was rainy and fit the grey mood of us having to leave our Kenyan family. Katherine woke up with grumblings of the traveller’s ailment that I was recovering from. At breakfast, Mama, her niece, Victor, and the elderly neighbor and I had mendazi and there was more of that thickly buttered store bought whole wheat bread as well as instant coffee.

After breakfast, we took many pictures of Mama and crew: our time together was short, but memorable. 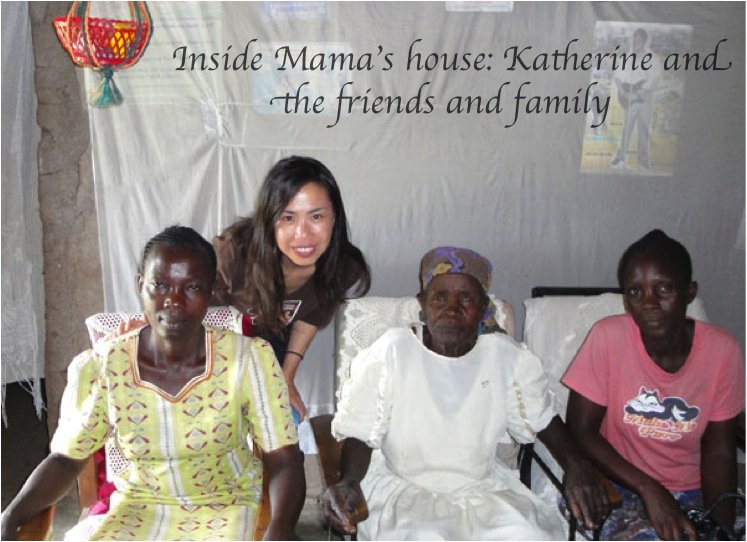 Our food experience during the home stay left us astonished and humbled by the minimal resources and scarcity. We, however, always looked forward to the amazing meals, not necessarily for the food itself, but for the pride, care and effort that was involved. There was a genuine sense of community with the preparation as well as the sharing of the final meal. 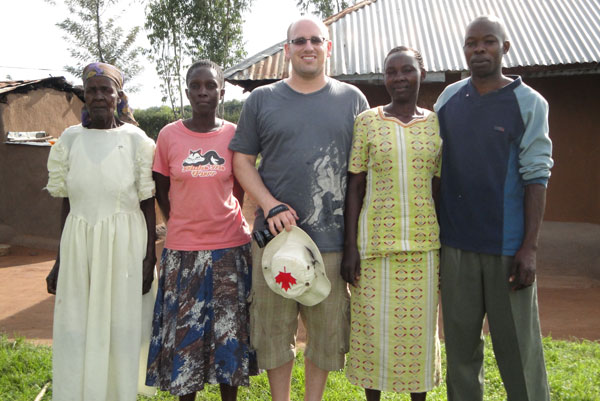 The intimate level to this insight was invaluable:our Kenyan family will be a part of us for the rest of our lives.

I was so curious after receiving this post from Katherine and Corey that I did a little research and came up with some of the recipes for the food they ate at their homestay. Katherine and Corey, please tell me how authentic each of these sounds. I am not talking about the oven method, but more the ingredients and the final product.

Thanks to the both of you for working at providing myself and my readers an account of your incredible experience at this Kenyan home stay! Has anyone else had a similar experience? Please share!

NOTE: Katherine and Corey’s Chicken Stew was not thickened at all. It was probably made of similar items, but the sauce or broth was runny. 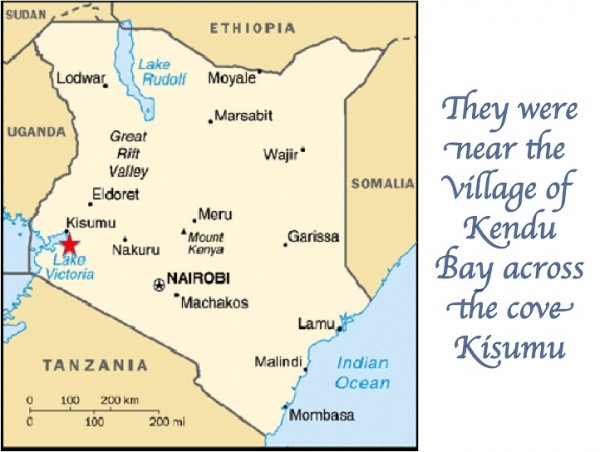 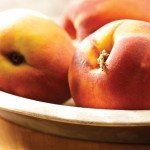 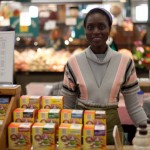 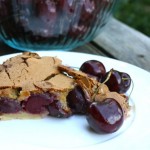 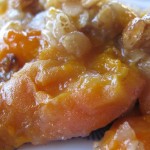 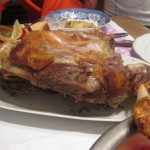 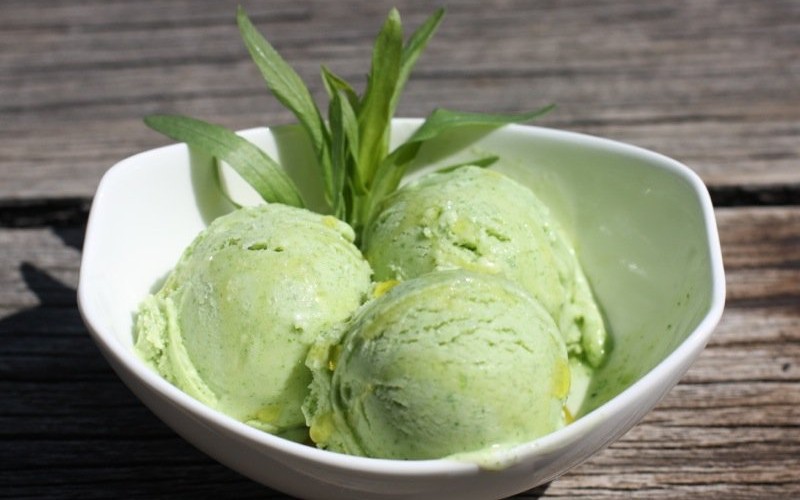 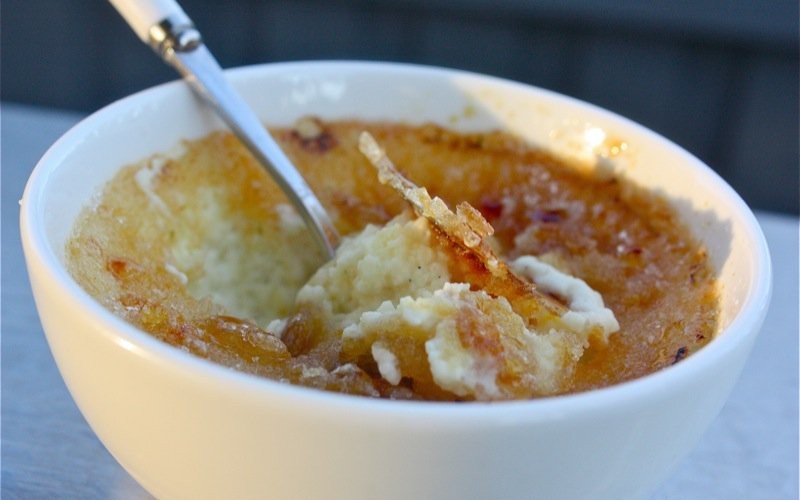 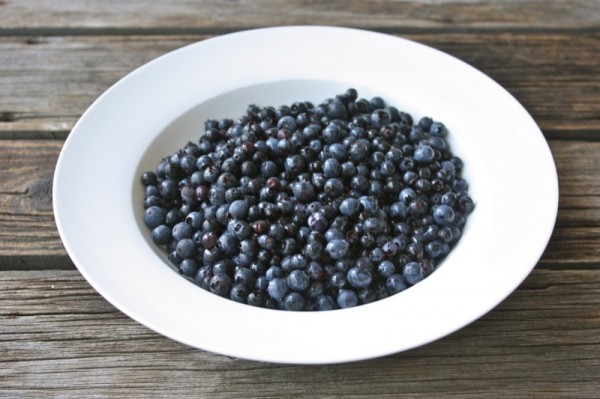