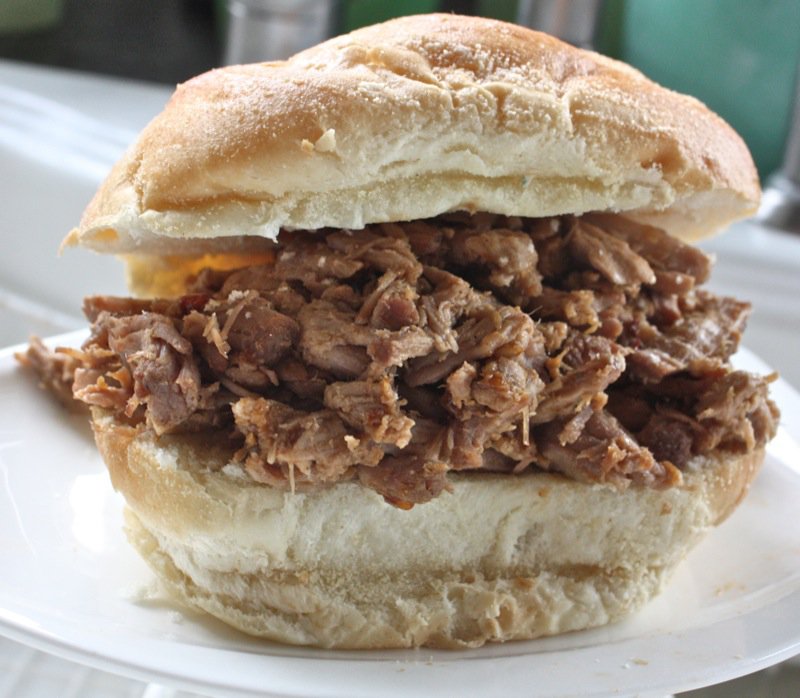 It’s blasphemous to put that beautiful pork on that pathetic bun, isn’t it? I am so busy with the sous vide machine, I haven’t been baking my breads! Look at that luscious pork! 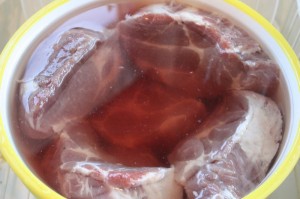 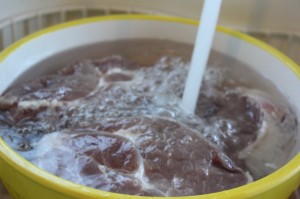 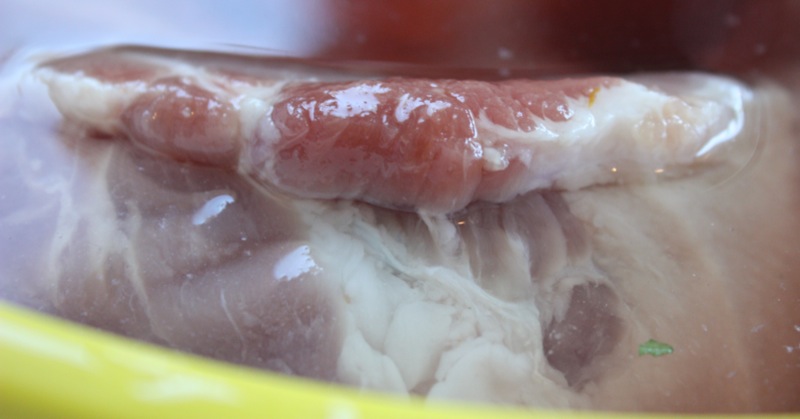 The beautiful pork shoulder roast was cut into five portions that were marinated in a 70% salt and 30 % sugar solution for 12 hours, rinsed well, patted dry, and seasoned with Kosher salt and freshly ground pepper. 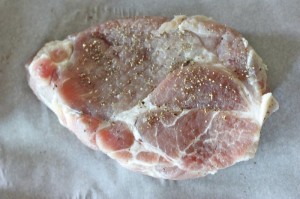 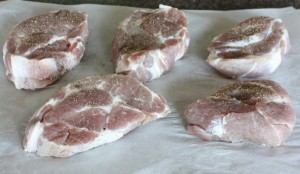 Each seasoned portion was placed into its own bag, 2 tablespoons of duck fat were added, then vacuum sealed and cooked for 24 hours at 155Â°F (68Â°C). The pieces were to be about 7 ounces each, Mine were about double that, but were as thick as they were to be, so I didn’t adjust the time or the temperature. 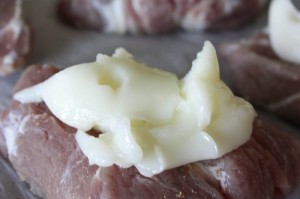 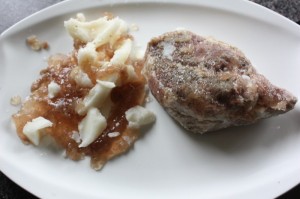 Look at how beautifully they come out of the bag. The jelly is phenomenal: it is a distillation of the flavours and I kept it to mix with the barbecue sauce, but I did remove the fat. 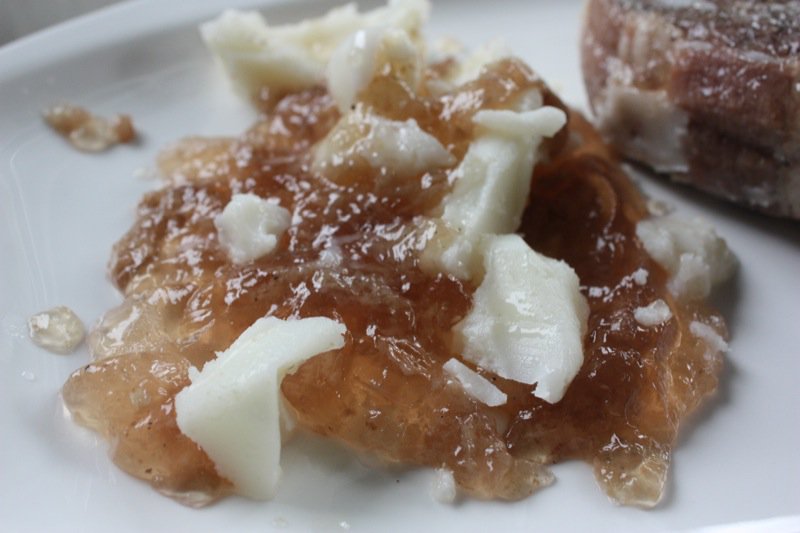 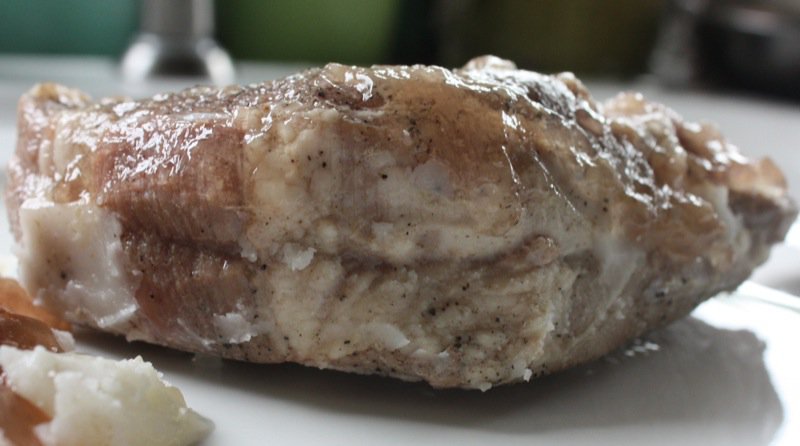 I have never made any kind of pulled pork before. Pulling it was easy, but I think I should have cut the pieces the other direction so the pulls would be the length of the pork instead of such short little tugs of meat. The meat was moist and lush and full of flavour. Vanja thought the sauce I used didn’t work well with the meat. I thought it elevated it 200%. But, I am not the pork eater. The barbecue sauce is home made and a wonderful sauce that I use on ribs cooked the traditional way. 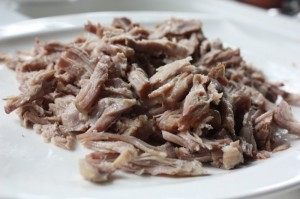 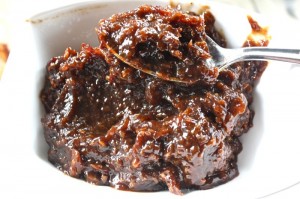 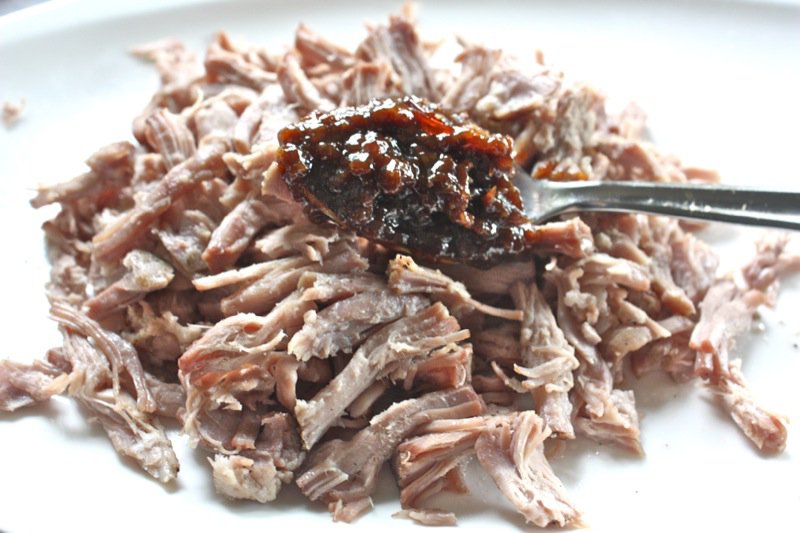 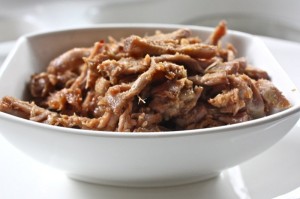 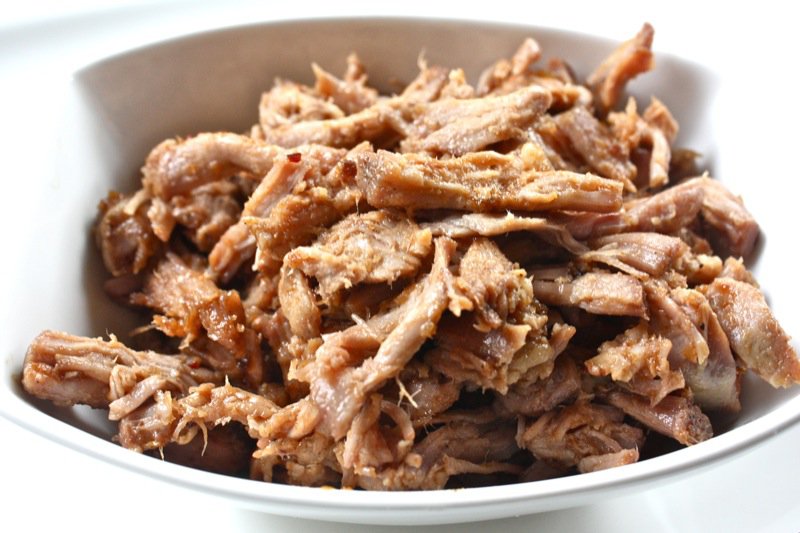 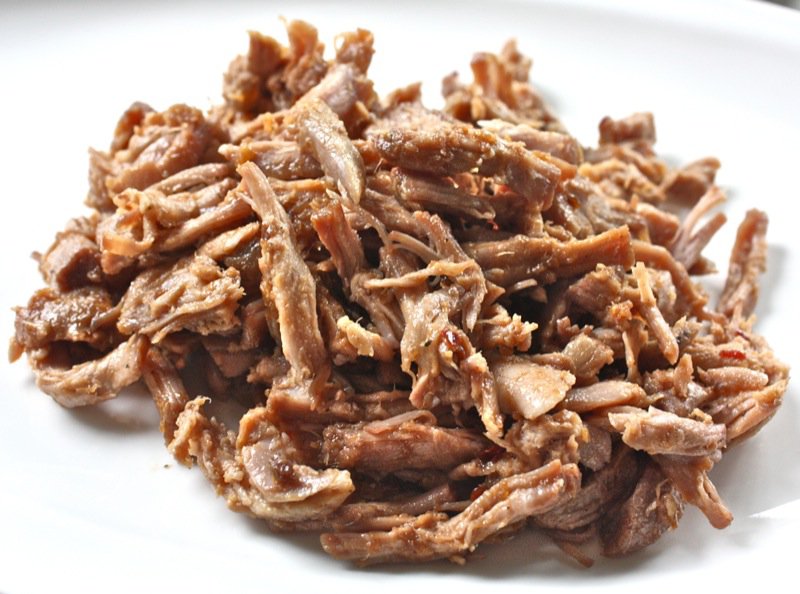 Q and A with Douglas Baldwin 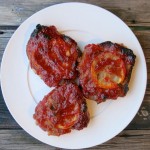 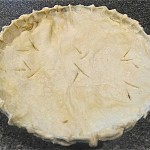 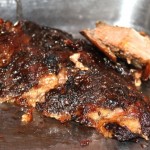 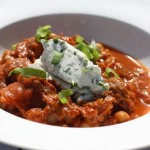 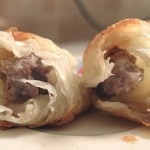 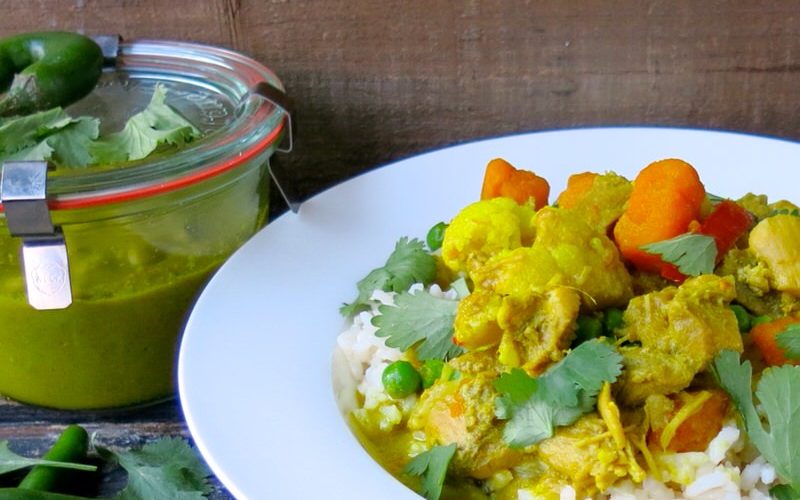 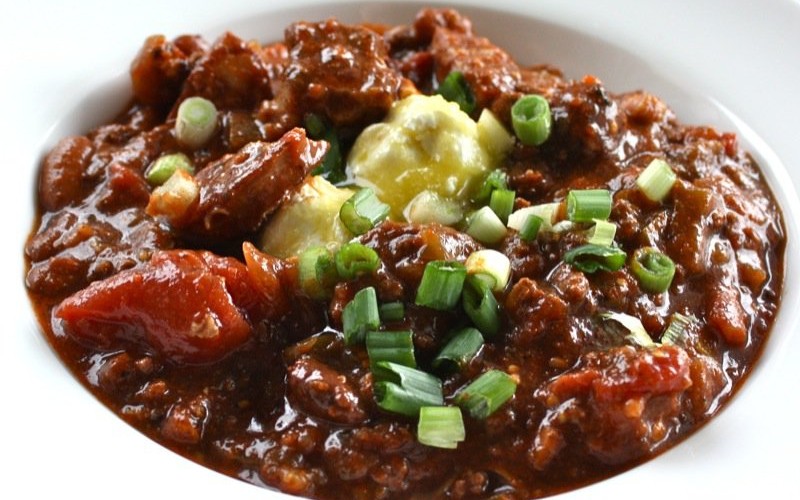 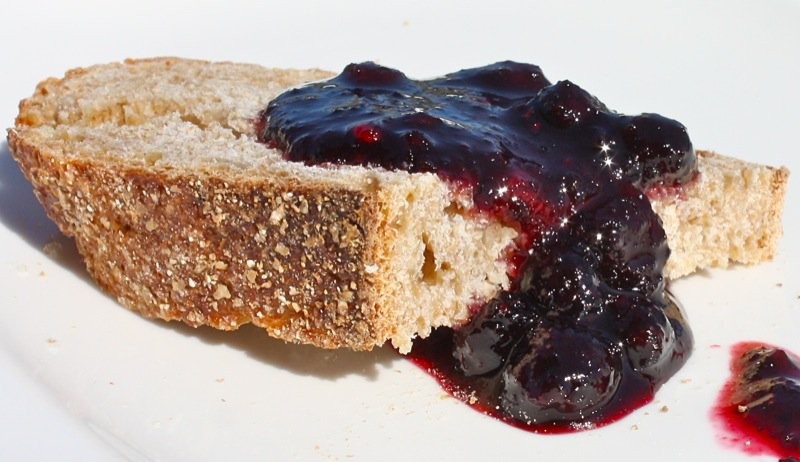