Inspired by Karlyn’s Response Tweet when I asked: “What can I do with all of these green tomatoes?” 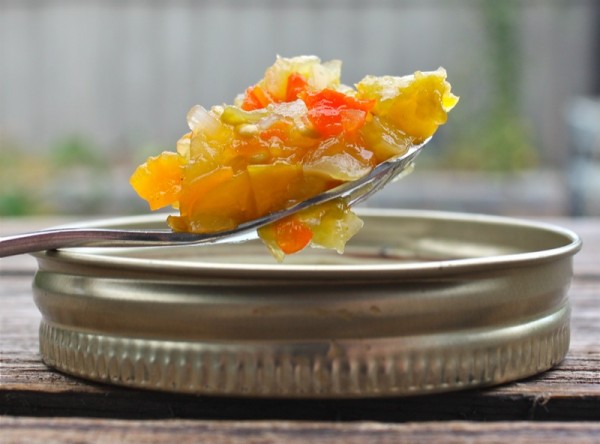 “Make Green Tomato Chow!” she twirped back! What in the world is that? Of course I had to investigate. There are as many versions for green tomato chow – or chow chow – as there are for chocolate cake. Hundreds. Thousands. I had a lot of green tomatoes. I decided to make two kinds: Karlyn’s and Emeril’s. This one is Emeril’s, kind of. Better than his: healthier. Much less sugar.

Look at that fall treasure chest of garden jeweltones below! Oh, my! The aroma was just as intoxicating as the colour. I decided that I had better do this batch outdoors as the kitchen could not take another round of abuse. 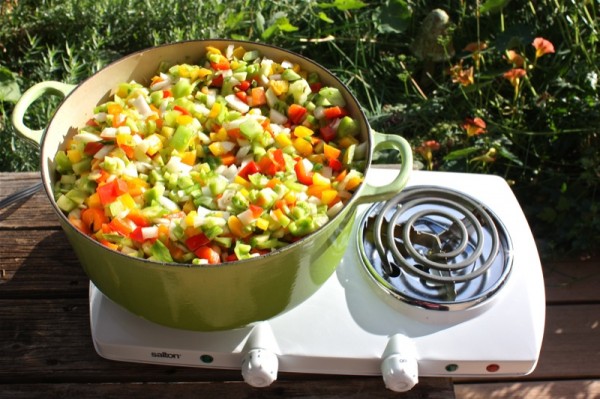 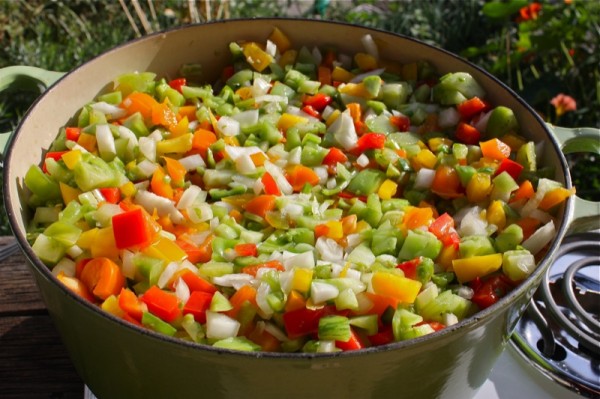 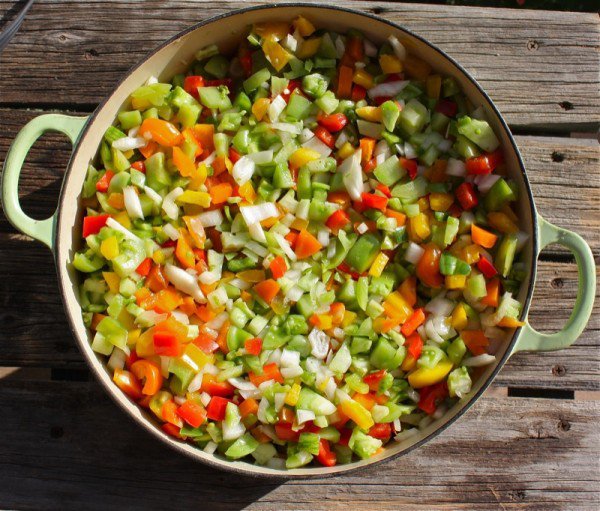 Taking my cue from Nadia and Carmella, I just cooked the veggies until they were barely done. Done, but still with a crunch. Fresh and still vibrant. I thought there was not going to be enough liquid for this recipe, but look, suddenly, we have ample liquid. 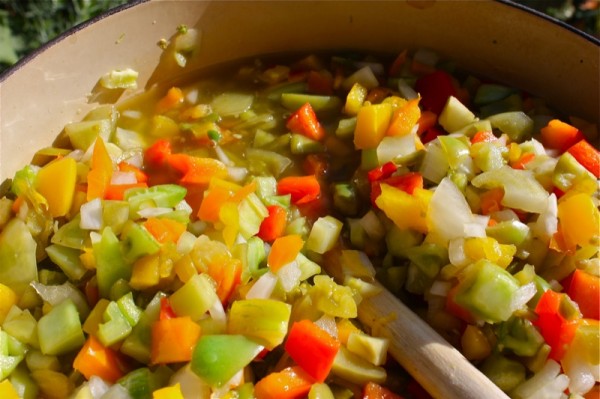 Packing into the jars and then processing the chow chow produced a light sweet and sour tasting relish that is absolutely delicious on hamburgers and sandwiches. Not that I ever ate relish on hamburgers or sandwiches, but I do now. It really makes a difference when you make it yourself, you know what is in it and how good it is for you. I reduced the sugar in this recipe by so much and it is mighty tasty. To us. 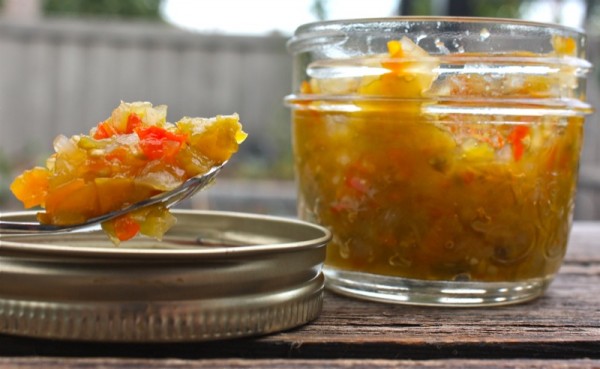 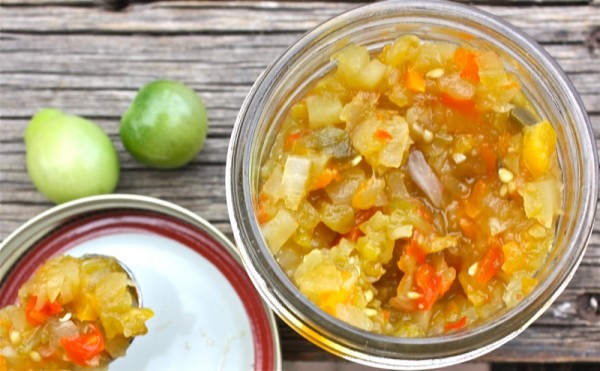 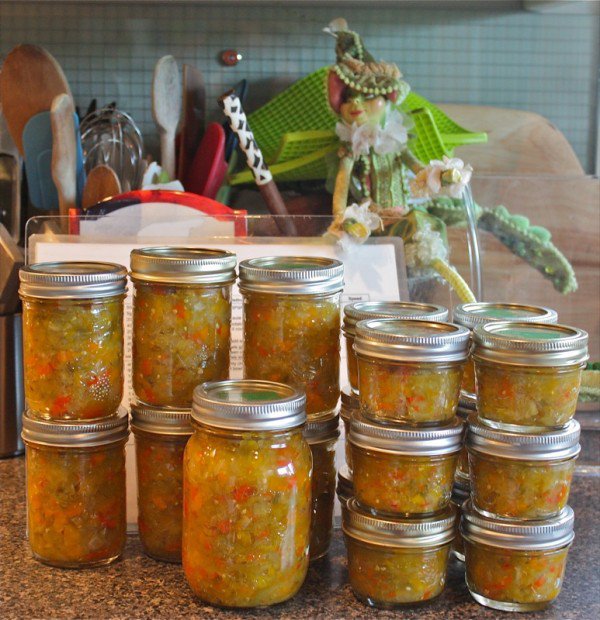 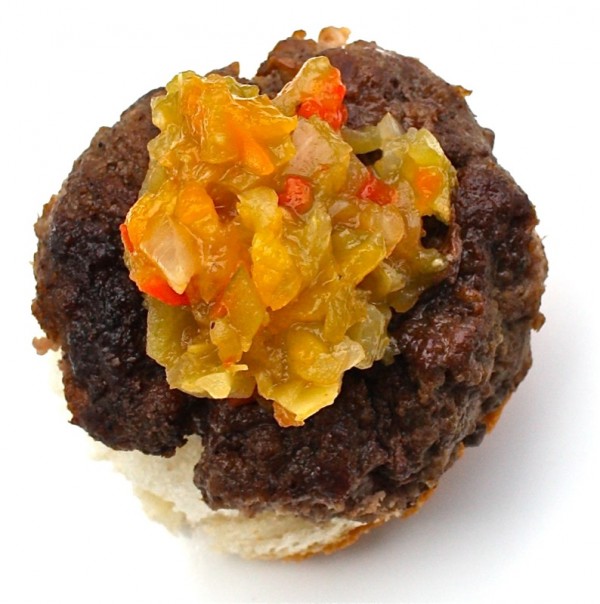 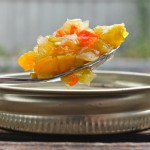 Ingredients for the Pickling Liquid:

Instructions for the Chow Chow:

Instructions for the Pickling Liquid 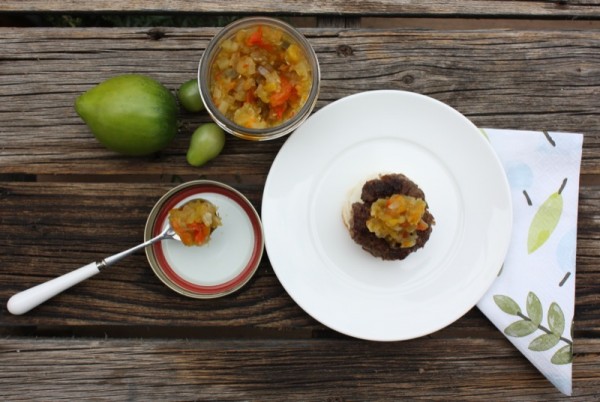 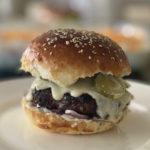 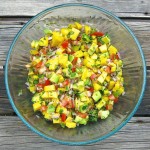 Tropical Salsa: Pico de Gallo all Dressed Up for a Party 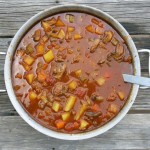 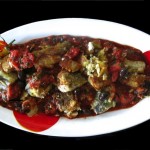 Prairie Garden Summer Salad: A Celebration of the Mid-Summer Harvest 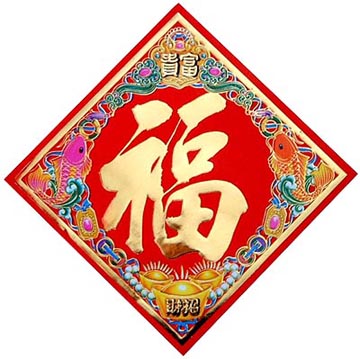 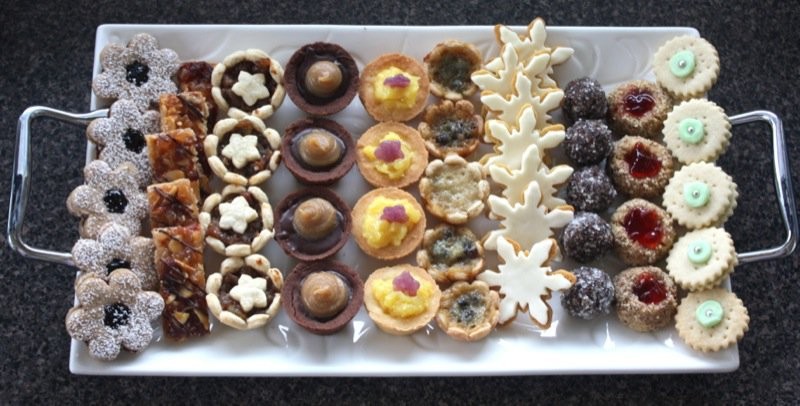 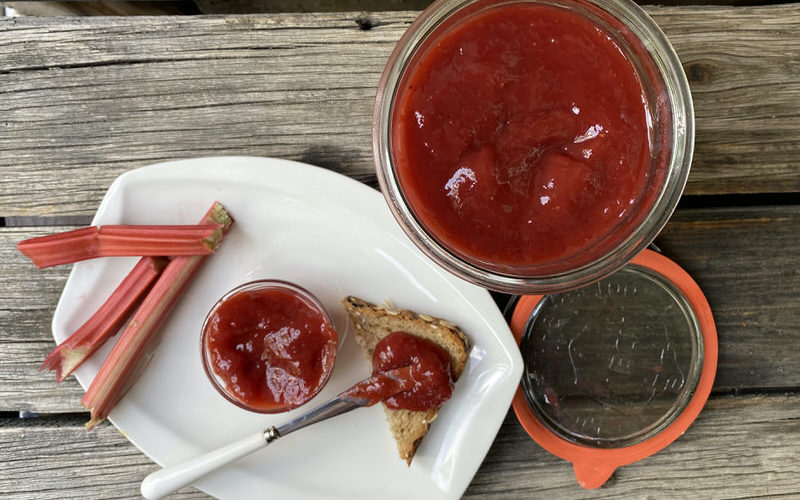