Oh, what a night it was, it really was! 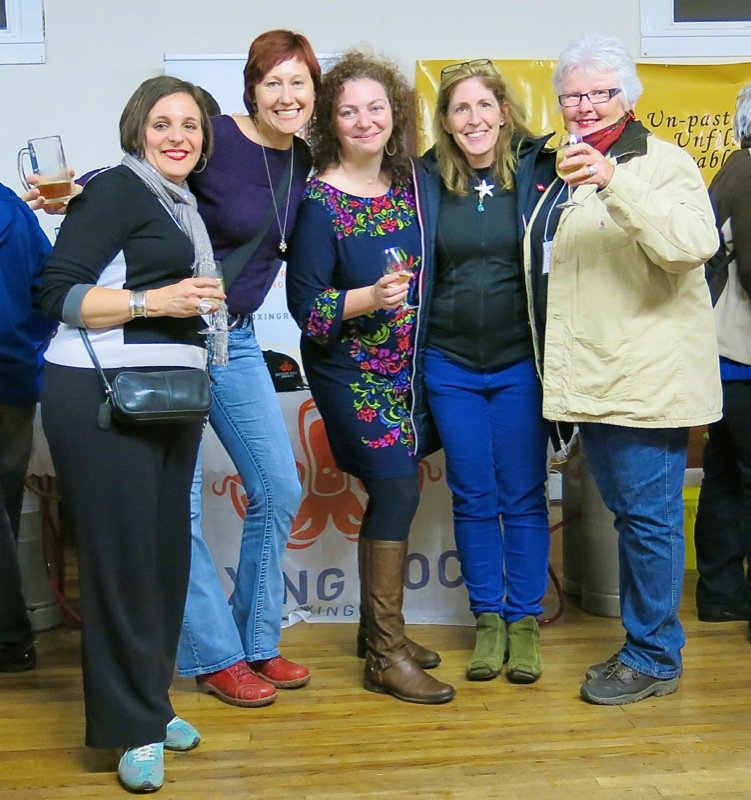 And what more does one need at a good party, than Ten Strings and A Goat Skin? These gals know how to TIE ONE ON! Some of my favourite people: Voula Halliday, Laura Buckley, Lia Rinaldo, Janet Henderson, and Jackie Chalmers all chatting and knee slappin’ at the same time as one would have to work hard to sit still and not move to the music at a kitchen party! 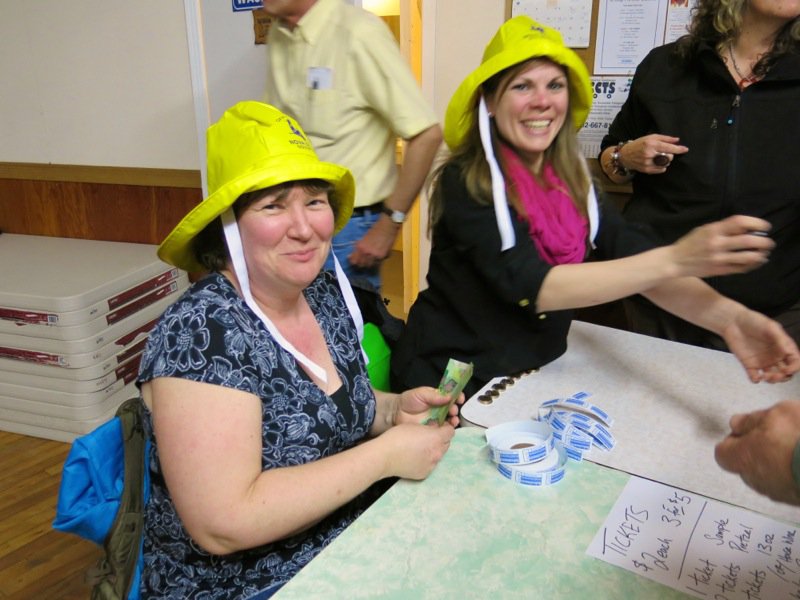 These two gorgeous fisherman babes were selling drink tickets. Walking in to the Kitchen Party from the dark drizzle outside was a bit of a shock for a “Westerner”.  The Wallace Town Hall was set up with old wooden church chairs in rows on one side, tables laden with snacks and drinks on the other side, and a stage up front with the fiddle playin’ up a storm. The rows of chairs were half filled with people sittin’ and clappin’ to the music. There were people standing and talking, and some dancing… it appeared that anything goes – whatever mood one was in. 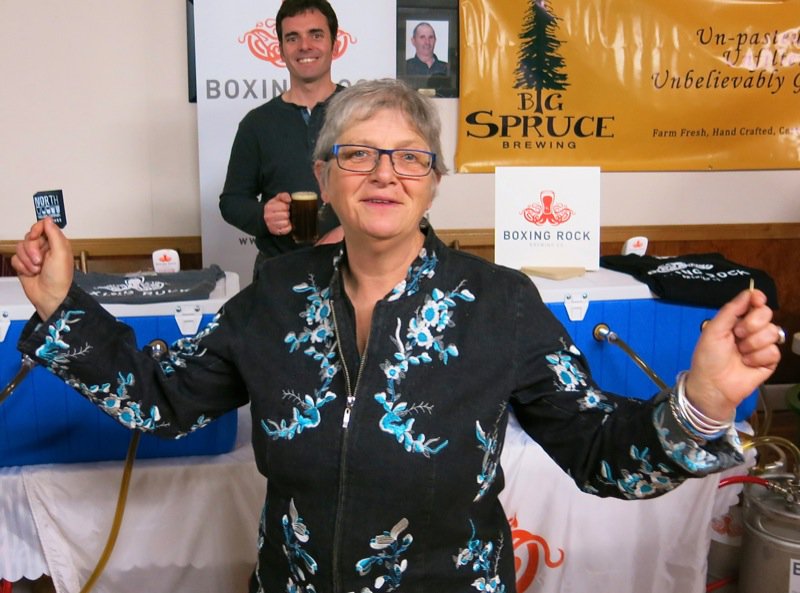 Jocelyn, the best French/English translator I have ever laid eyes on in my life, was eager to let of some steam from her day of intense meetings. I am her new number one fan. She added such sparkle to the meetings and such humor where ever she was. She was most certainly a Kitchen Party gal as she was already movin’ and shakin’ to the beat of her own drum! 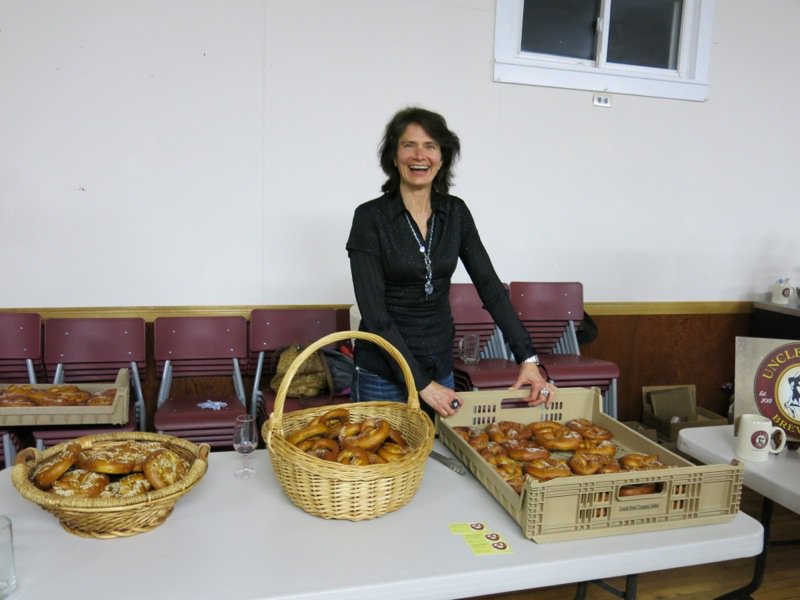 I was too full from Lobster Rolls and Fish Cakes to indulge in a pretzel, but I heard from the many that did that these were the best pretzels they had ever eaten! Honestly, there was such incredible food everywhere throughout this conference, it was simply impossible to taste or eat it all. 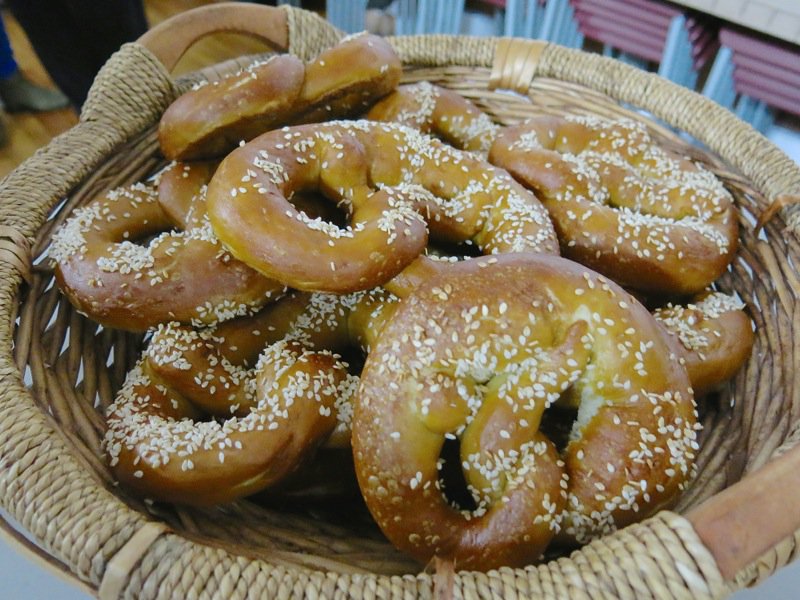 Yet, look at those babies! I could certainly enjoy one right now. 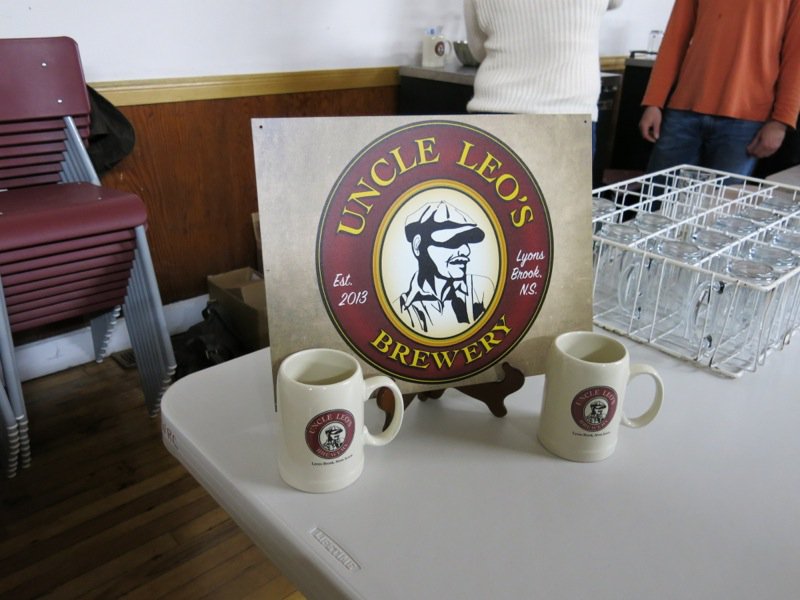 The fella’s from Uncle Leo’s were pretty darn proud of their brew and I sincerely hope they had a successful night. I know if Vanja had been there, he’d have definitely helped out with their sales. He enjoys tasting local beer when we travel, as do many – and it was wonderful to have this opportunity offered at the kitchen party. 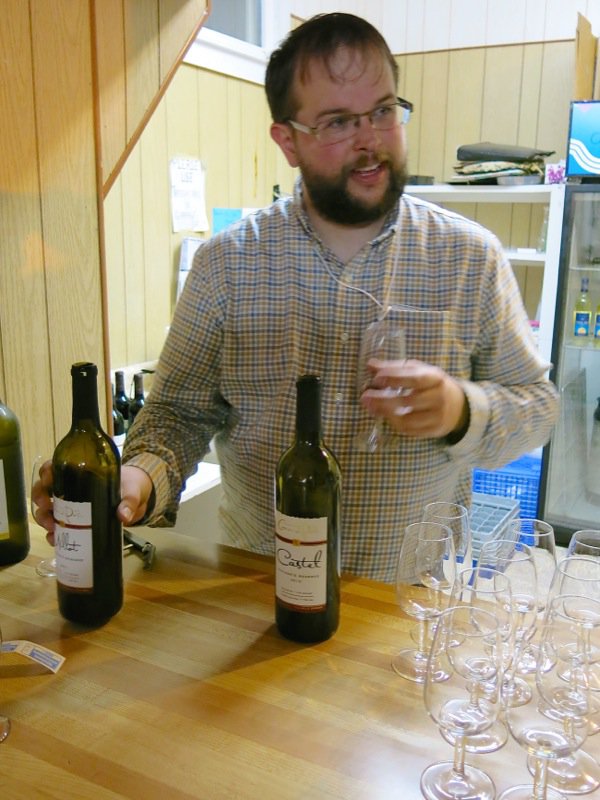 Multi-talented Angus Bonnyman from Bonnyman’s Wild Blueberries is above, in a new role as bar tender. I guess there is nothing that this fellow can’t do. Well, maybe he was pouring a bit heavy? Not sure, but everyone was mighty happy stepping away from his bar! 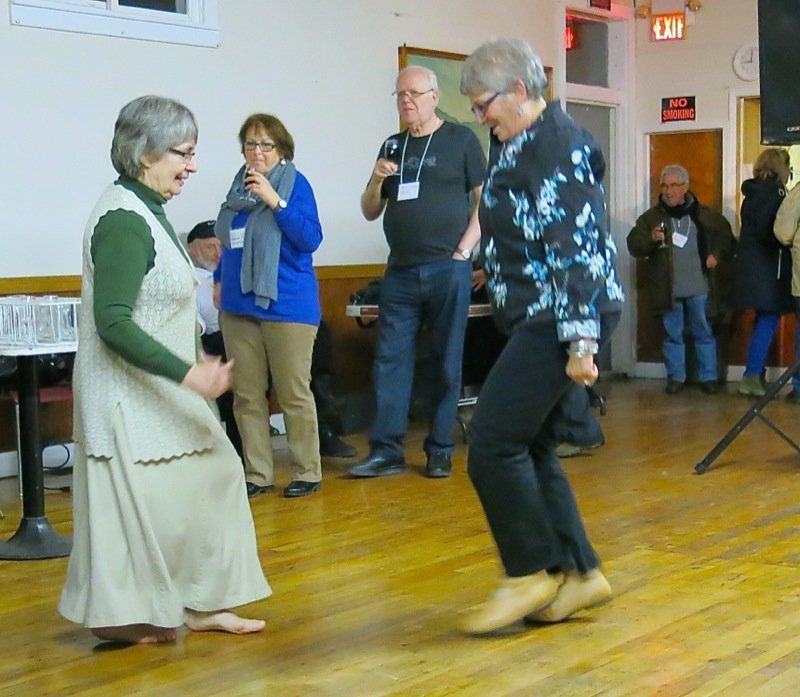 This was culture shock for me. It was like I was back in time at a middle school dance hall, yet I had never been to a dance hall where people were so uninhibited before. I was confused, confounded, a bit embarrassed as I wasn’t sure I was comfortable just slappin’ and clappin’ and jiggin’ and wingin’ it…. but, it did happen. It has to. There is no other way one can survive a kitchen party, I have come to believe. You simply must join in. There is no way around it. Something ethereal just wills you to the floor and you find yourself gyrating, giggling, jiggling, clapping and slapping like everyone else in the room. It is too much fun!

Play the above video by Ten Strings and A Goat Skin while you read the remainder of this post to get an idea of the music…. the middle fellow doesn’t use the old Irish drum in this tune, so you must listen to others, later. 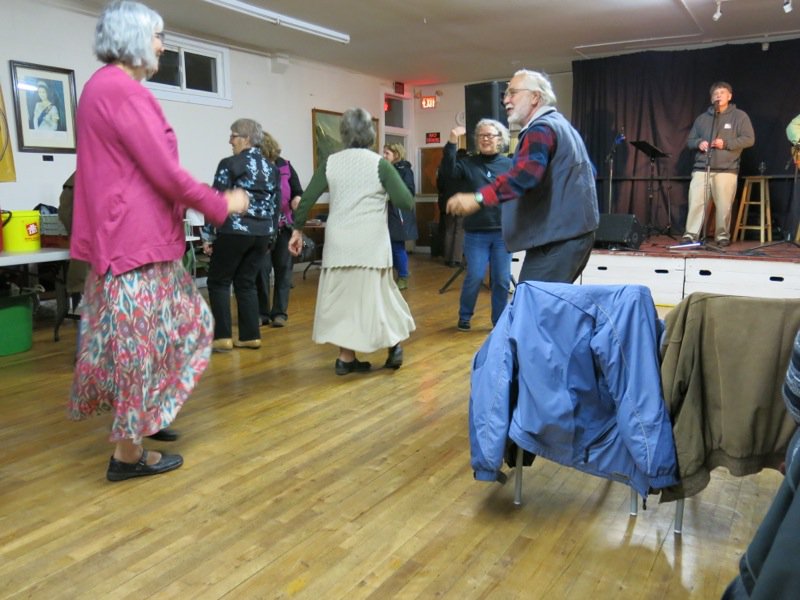 The old hippies and skippers, the young cool hipsters – everyone comes together, all barriers eliminated. Joy rose through the air. 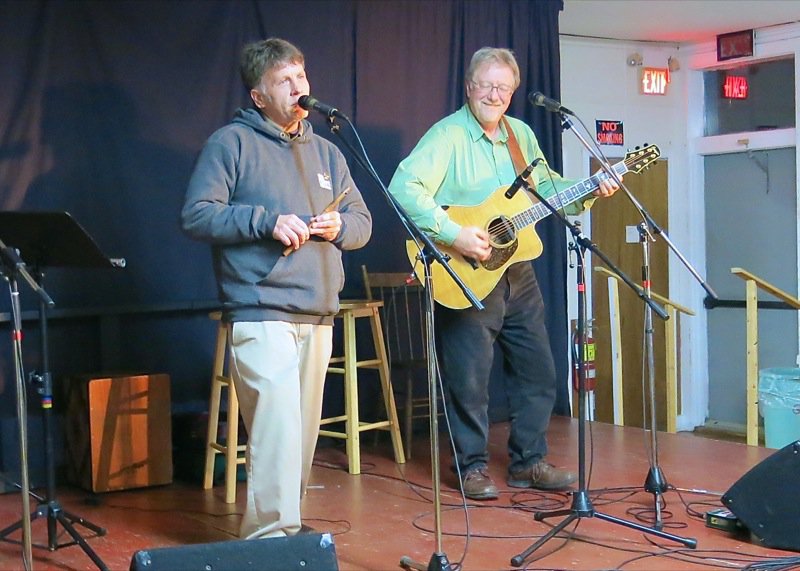 Ron, on the right, was the “sound man” for our conference. I am learning that almost everyone I meet also sings or plays an instrument in these parts. 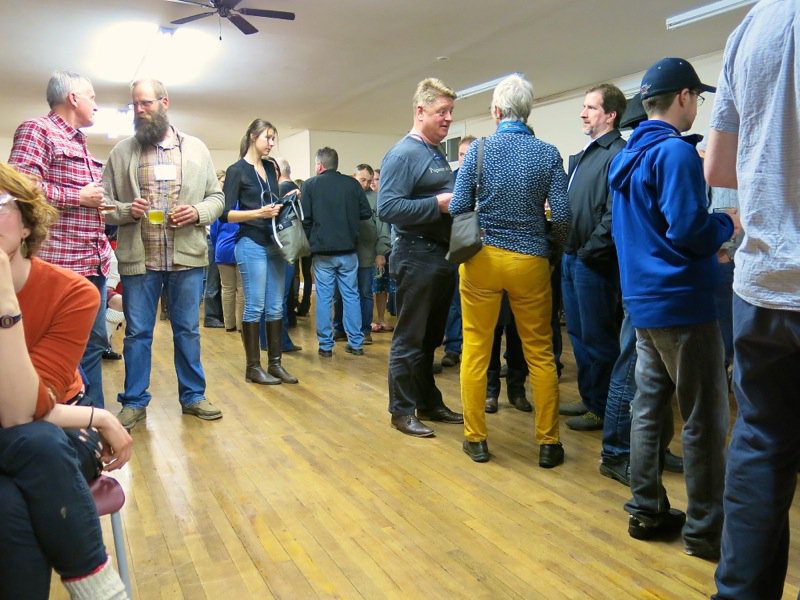 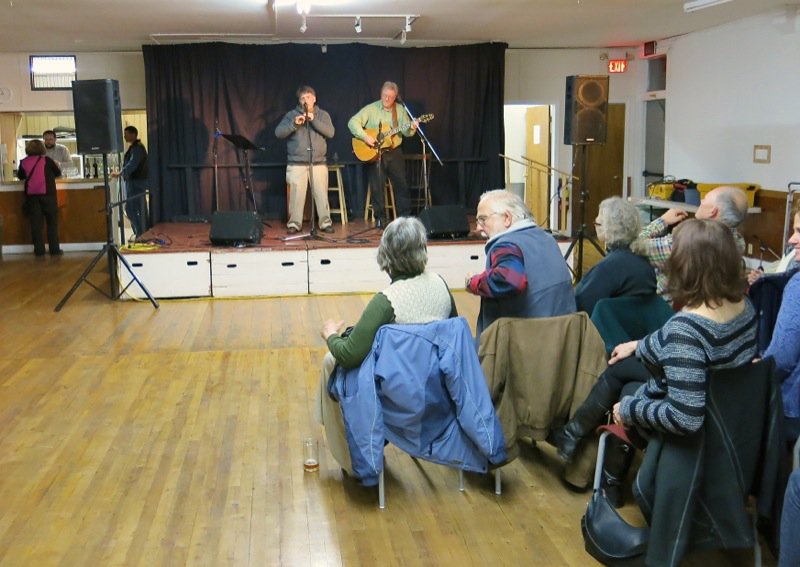 This must have been the beginning of a song as there’s no stomping or clapping. 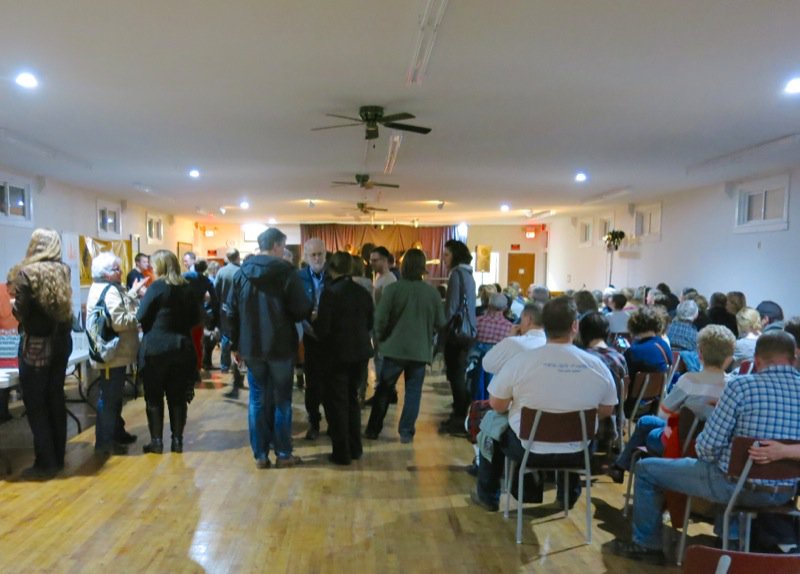 Below, Johane Germaine poses for me, as she gets a glass of wine. 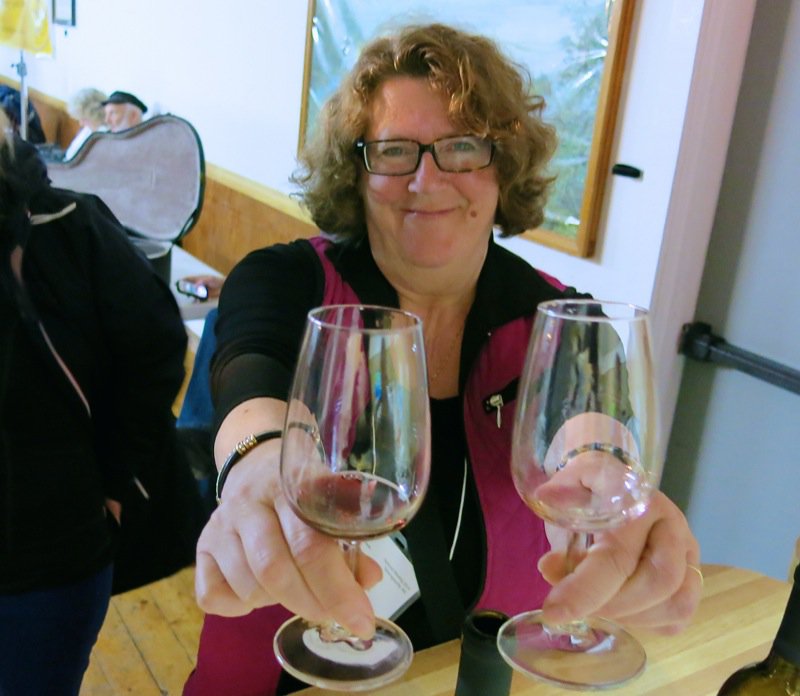 Janet walked over to me, “Don’t you think we should get a picture with the band?” she jested. Next thing you know, I pulled her over, handed someone the camera and we were old groupies. She was a lovely shade of flushed red, yet it was such a busy place, very few even noticed what I had done as the band was in between songs. If only I could have had them sign it! 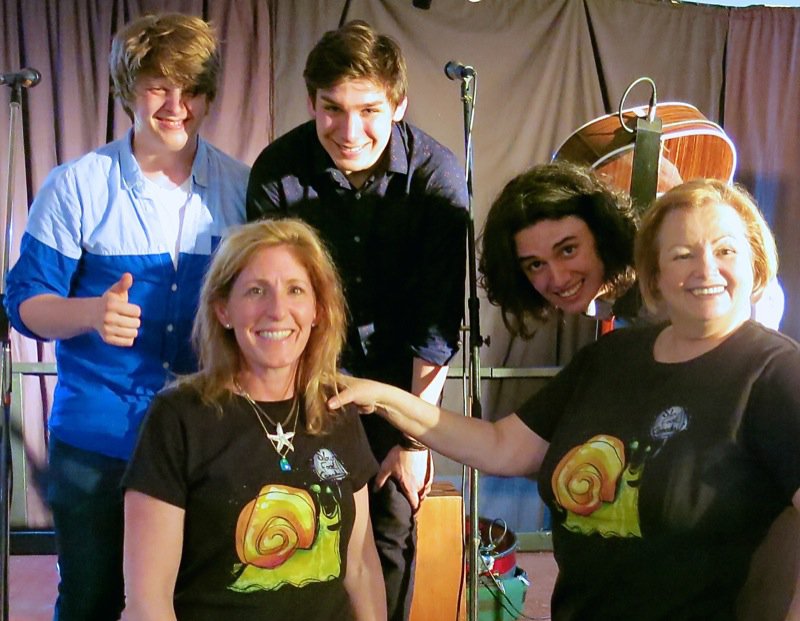 I am not being as silly as I sound. These young lads from Ten Strings and A Goat Skin were spectacular.  Ten Strings and A Goatskin are an Acadian trio of young performers from PEI. The two on the left are brothers. Janet met their mother and introduced her to me. The other fellow is an “adopted family member”, their mom said. The talent this group displayed is astounding; they rocked the house down with their Irish instruments and music. Of course, I could not help but think of my dad. 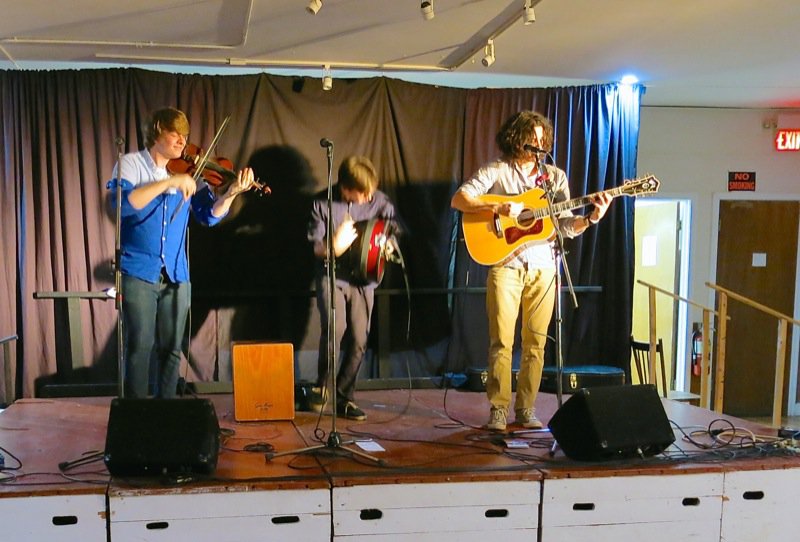 Look “Ten Strings and A Goat Skin” up and listen to more of them on Youtube; buy their music. You will be mesmerized, and fall in love with them as I have. Deadly tired, yet I could not leave. However Angus managed to get this group to play at the Kitchen Party for the Slow Food in Canada National Conference 2014 is a major coup! 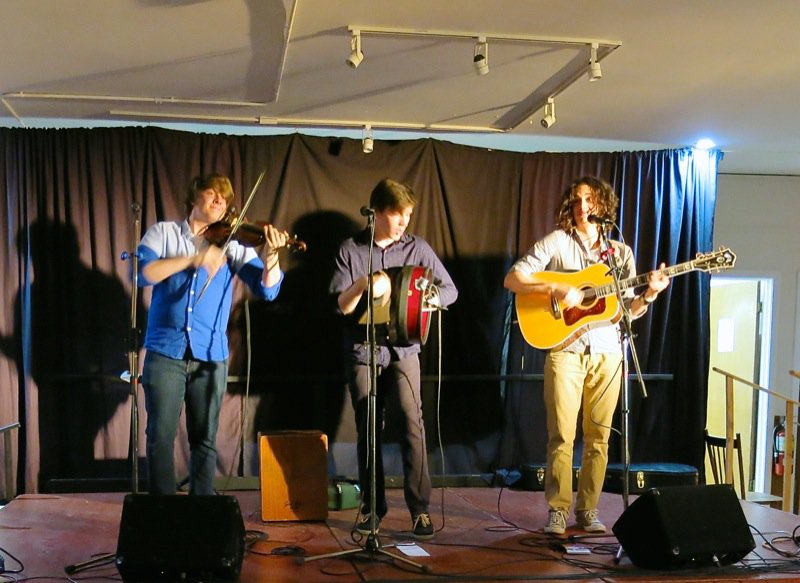 Kitchen parties used to just evolve. People would gather, eat, and every family had music in the home… and the night would just continue – if it was a good group of friend, good food and good drink – evolve into a Kitchen Party. These still happens in houses all over the rural Atlantic provinces and, in special occasions, in the cities, as well. Yet, more often, as times, they are a’changin’, Kitchen Parties are held like this one, in halls.

« Lobster Rolls and Fish Cakes
Dinner at Two Doors Down » 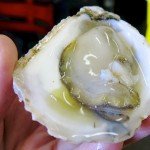 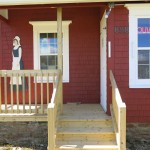 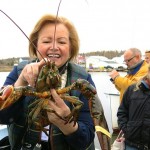 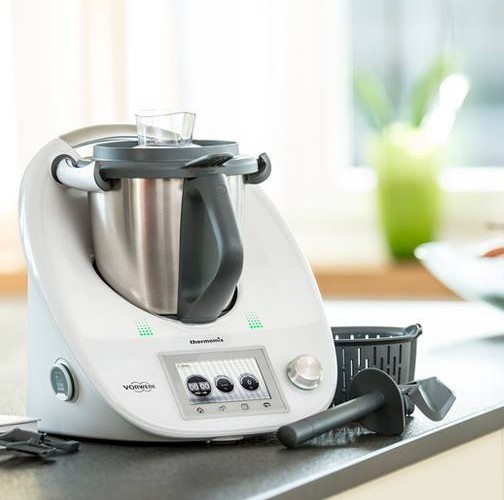 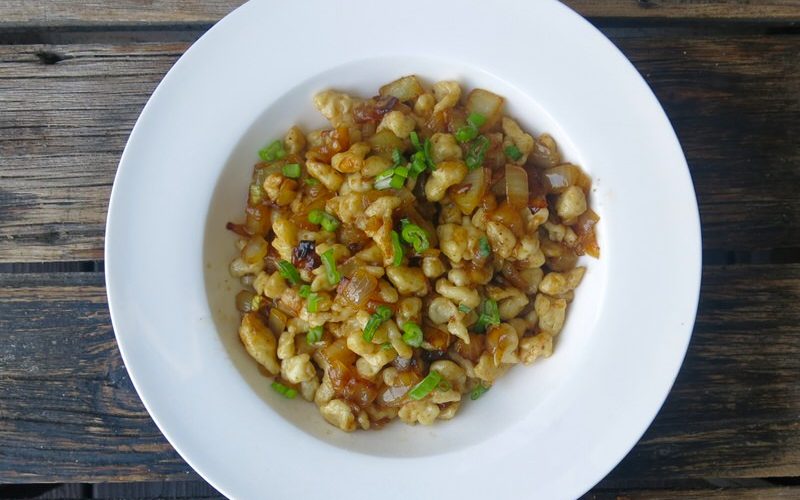 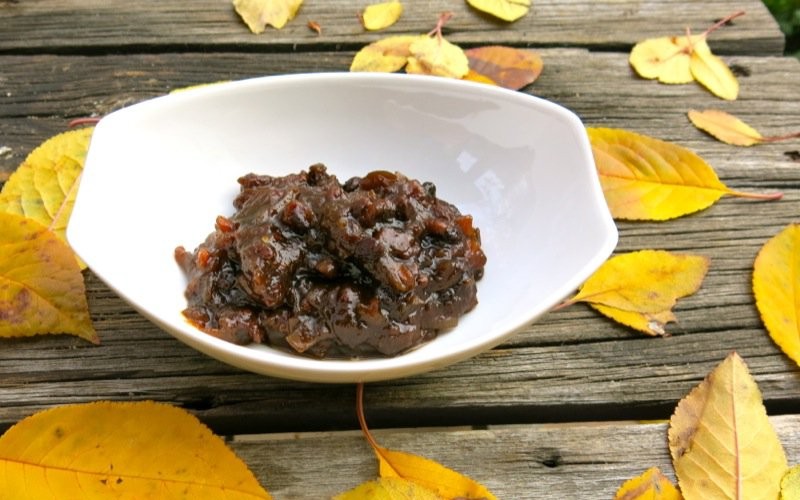